Enrique Morones, president and founder of Border Angels, will offer a public talk, “Border Angels, Border Realities and Immigration Today,” at 6 p.m. Sept. 25 at the First Unitarian Church, 306 N. Aurora St., Ithaca. He will also visit Cornell classes and meet with students during his two-day visit to Ithaca.

Border Angels is a nonprofit volunteer organization advocating for migrants through education, advocacy and outreach. Their activities include establishing water drops in the desert; giving food and hygiene products to migrant day laborers in San Diego; providing access to pro-bono immigration legal consultations and educating about the myths of immigration.

“He is passionate about this issue and has converted that passion into concrete actions that have a deep impact on people’s lives,” said Mary Jo Dudley, director of the Cornell Farmworker Program and a faculty member in the Department of Development Sociology, who is helping to organize the visit as part of a Cornell class, “Migration in the Americas,” for which she facilitates student engagement with immigrant farmworkers.

Morones, born in San Diego to Mexican parents, founded Border Angels in 1986 to prevent migrant deaths on the U.S.-Mexico border. He has been featured in major media organizations including NBC, CNN, CBS, NPR, BBC and Don Francisco’s “Sabado Gigante.” He was the winner of the 2009 National Human Rights Award, given by Mexican President Felipe Calderón, as well as Mexico’s Ohtli Award, named one of Hispanic Business Magazine’s “most influential” Latinos in the U.S. and was the first person to be granted dual citizenship with Mexico in 1998.

“There are a lot of young, dynamic people in his organization working on various projects,” said Maria Lorena Cook, professor in the Department of International and Comparative Labor at the School of Industrial and Labor Relations, who teaches the Migrations class, along with Debra Castillo, Stephen H. Weiss Presidential Fellow, Emerson Hinchliff Professor of Hispanic Studies, professor of comparative literature and director of the Latino/a Studies Program. 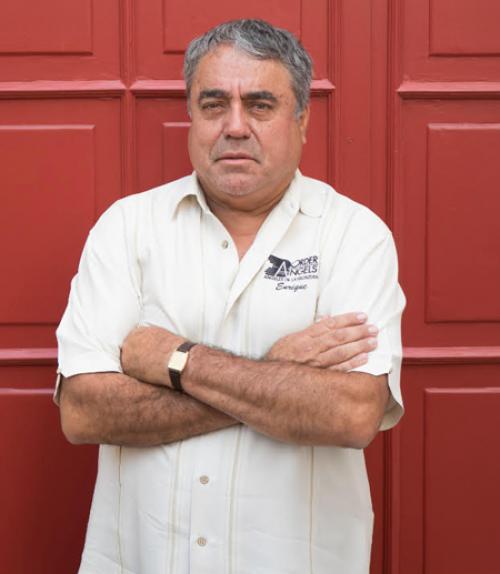