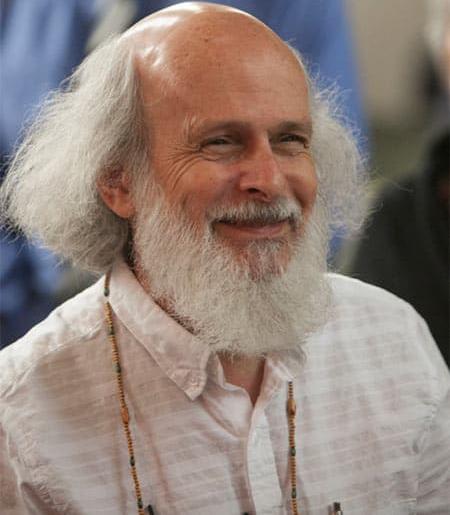 Teaching Russian language courses; authoring books, video documentaries, and other materials for learning Russian; developing software and websites for students of Russian and other languages.

Known on our Facebook page as "Slava's Black Swan Manifesto," here are a few notes on language learning that describe some of the principles that inspire my teaching.

Language is not arithmetic. You don't learn a language in a specific order, and you don't learn something once and for all. You can, and usually do, learn by performing a variety of steps; you learn a portion of each step at a time; you learn gradually, adding one layer after another. It's like making a snowball.

You are not a robot. Everyone learns at his or her own pace. The pace is uneven: you seem to be stuck for a week or two, then suddenly you feel that you can do a lot more now; then the learning slows down again. Some people learn to read sooner than they learn to speak; for some people speaking comes more easily than understanding spoken speech.

It is useful to have a foreign accent. You may take months to learn how to make certain sounds while others can imitate the natives with little effort. Do not lose your accent: in Russia, when you sound like a foreigner, people give you allowances for your mistakes, and they pay attention to what you are trying to say.

Languages are not governed by rules. A programming language is based on rules while a natural language is a living, breathing, and often unpredictable system that does not follow static paths. What some people call "rules" are our observations on the behavior of the language. Like everywhere in nature, we see variation, change, and quirks. Okay, perhaps capitalization is governed by man-made rules, but capitalization is merely a cosmetic detail of the language.

Where there are no rules, there are no exceptions. Russian may have fewer than a dozen nouns that end in -mya but that doesn't make them an anomaly. They are lovely nouns. Three of them are extremely common. Just because something is rare, we don't have to call it an ugly duckling. Some of the so-called exceptions are easily explained by the history of the language... and some, yes, some are accidents. Natural history is full of them, too.

Lists are useless. Trying to memorize series of endings or words is largely unproductive. Yes, most textbooks come with vocabulary lists and glossary pages. Use them to test yourself every now and then if you like, but don't try to learn from those lists. We learn by hearing, reading, writing, typing, speaking, and thinking meaningful phrases again and again--by exercising as many of our abilities as we can. Mechanical learning and creative learning both have their legitimate place in language study. Variety and context are the key.

Guessing is learning. In a mathematical formula, if you don't know the value of a variable, you don't know the value of the equation. Language is better: you can guess. Think of your daily interaction with the world: you are guessing all the time. When your guess is verifiable, you learn from your guess; when it isn't, you store the experience for later. Use that strategy while reading in a foreign language, and even while listening. If you look up and write down the translation of every word, you'll never be able to read War and Peace.

We are all authors. Every time you make a statement, in your first language or in a foreign language, you create fiction. Statements like 2 + 2 = 4 may be facts, but most of what we say and write are our own inventions. They may be very close to reality or quite removed from it. This is not because we lie. It's because we are all artists. As we describe reality we shape the language as well. Remember this when the textbook tells you that you are breaking the "rules."

·         An English-Russian Dictionary of Nabokov's Lolita, compiled and with an introduction by A. Nakhimovsky and V. [Slava] Paperno, Ann Arbor: Ardis, 1982

·         5000 Russian Words with All their Inflected Forms and Other Grammatical Information: A Russian-English Dictionary by Richard L. Leed and S. Paperno, Slavica Publishers, 1987.

·         J. Hagopian and S. Paperno, "Official and Unofficial Responses to V. Nabokov in the USSR," in The Achievements of Vladimir Nabokov, 1984: Cornell University Press.

·         Deborah McGraw and S. Paperno, "An Authoring System as a Tool for Foreign Language Learning," in Proceedings of the 1986 Academic Information Systems: University AEP Conference, 1986.

·         Cornell Russian Support for DOS programs for the use of Russian on personal computers, published by Cornell University, Department of Modern Languages and Linguistics (DMLL), 1986 and by Exceller Software, 1989 (with Peter Cassetta).

·         LabLog: A Teacher's Utility for Written Language Lab for DOS, published by Cornell University, DMLL, 1987 and by Exceller Software, 1989 (with Ellen Vesey and Peter Cassetta).

·         LabIndex: A Vocabulary database for Written Language Lab for DOS, published by Cornell University, DMLL, 1987 and by Exceller Software, 1989 (with Ellen Vesey and Peter Cassetta).

·         Morphology Exercises for IBM personal computers, to complement Intermediate Russian by S. Paperno, A. Nakhimovsky, A. Nakhimovsky, and R. Leed (for DOS) published by Slavica Publishers, 1987 and by Exceller Software, 1989.

·         Little Vera: Episodes (for MS Windows), an interactive multimedia course for students of advanced Russian, published by Cornell University, DMLL, 1993 (based on a Soviet feature film).

·         A Forgotten Tune for the Flute: Episodes (for MS Windows), an interactive multimedia course for students of advanced Russian, published by Cornell University, DMLL, 1993 (based on a Soviet feature film).

·         Let's Get Acquainted (for MS Windows), an interactive multimedia course for students of elementary Russian, published by Cornell University, DMLL, 1994 (with Viktoria Tsimberov, based on a Soviet film series).

·         A Russian-English Collocational Dictionary of the Human Body (for MS Windows and Macintosh), a CD-ROM version of the book from Slavica Publishers. Lexicon Bridge Publishers 1997.

·         Revolutions from Above: a CD-ROM for intermediate Russian students by Sergei Maksudov and Natalia Pokrovsky. Designed, edited, and programmed by Slava Paperno. FC-IZDAT Publishers. 2000-2008.

TRANSLATIONS FROM ENGLISH TO RUSSIAN

·         Victor B. Sheffer, The Year of the Whale, Russian translation by V. [Slava] Paperno, published after Paperno's emigration under the pseudonym A. Slavinskaya, Gidrometeoizdat, Leningrad, 1982.

TRANSLATIONS FROM RUSSIAN TO ENGLISH